Having found the latest object of our desire, the next question faced by the average hi-fi enthusiast is generally can I afford it? This is not quite such a simple question as it might appear, and it revolves around three related concepts: value cost and price

The price is the amount of money that one needs to hand over to acquire the item. Even this simple concept may be made more ambiguous by the option of credit, particularly interest-free credit.

When comparing the cost of ownership of two components we may also need to figure in the cost of essential add-ons. The most obvious example would be to include the cost of stands when comparing floor standing speakers with stand-mounted speakers.

Value is the most nebulous concept. The value of a component to you depends upon a number of factors. In essence, we may consider value as the extent to which the component elevates our enjoyment of listening to music.

This will depend upon what it replaces, what other components you use it with, and where the system is located amongst other factors. Sometimes, we may also need to figure in our desire to own the smartest shiniest new object in the shop.

Most traditional hi-fi reviews or simply a recommended retail price and as reviews generally cover new equipment it will be the price at the highest point of the product life cycle. Some products such as turntables and loudspeakers from smaller producers will often have a long product life cycle.

Products from mass-market producers and particularly electronics can have much shorter life cycles. For example, my Auralic Polaris amplifier streamer was introduced in 2016 and widely reviewed in 2017, when its UK purchase price was widely quoted as £2800. By the end of 2020, Auralic had moved on to greater and more expensive things and the Polaris was reaching the end of its production life cycle. I was able to acquire a showroom model for less than half the price quoted in 2017 reviews.

Its value to me was still very high because of the uplift it provided to my musical enjoyment.

The purchase price was much lower than it would’ve been in 2017. Although its resale value was less than it would’ve been at that time the gap between the purchase price and resale value was much less leading to a much lower cost of ownership. As I have got older, the desire to own the newest shiniest toy has become less important in my consideration of how to satisfy my cravings for the best possible sound.

When we find a new object of desire, for most of us the question of affordability is inevitably important, if sometimes inconvenient. However, affordability is a more complex concept than simply our ability to meet the ticket price.

Most hi-fi reviews don’t deal in such sordid realities. If they claim to take account of the cost of components it is often done in a relatively simple way perhaps by comparing it to components at a simple similar price point, or by a rather opaque reference to making judgements relative to the purchase price. 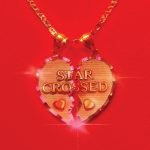 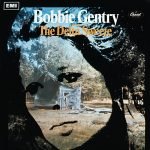