When Peter Walker of Quad came up with the byline -“The closest approach to the original sound”, it established the principle that the role of a hi-fi system is to get as close as possible to live sound.

This creates the assumption that live sound is perfect. In reality, this is something of an illusion, because it is almost impossible to experience live music in unimpaired form.

The perfection of the original sound is impaired by a number of factors:

One of the purest audio experiences is a classical music concert in a purpose-built concert venue. Amplification is likely to be limited and the audience are likely to be quiet. However, these days are likely to use computers to design the acoustics and then reinforcing systems to ensure that everyone can experience the sound. They are more like a very high-end hi-fi system than a live music event.

Sometimes, live concerts can get the acoustics spectacularly wrong. I attended a Suzanne Vega concert at the Bridgewater Hall in Manchester, a modern purpose-built concert hall. I thought the venue would suit an acoustic singer-songwriter well. The sound was terrible – I suspect that the travelling road crew had bought a rig with them and not bothered to take proper advantage of the acoustic in the venue. The result was a lot of distortion, terrible sound and I left at the interval – one of the very few occasions on which I have done this.

Stadium gigs can be particularly challenging. I have seen Bruce Springsteen and the E Street Band twice in Manchester. On the first occasion, the concert was held at Old Trafford football ground, seating in the stands and the sound wasn’t great. The second occasion was at the Etihad Stadium and I was standing much nearer to the stage in the rain but the sound was much better. The whole experience was much better, and for gigs like this, the whole experience is so much more than the sound.

The reason for going to live music gigs may very often not be about the sound quality at all, but to enjoy a collective experience and an occasion; to create a memory, to say I was there for the Wall at Earl’s Court or I saw Greg Lake on his last tour before he died. One of my favourite gigs was at The Picturedrome, Holmfirth where I saw Asia perform a fabulous set. The sound wasn’t great but the atmosphere was amazing, and the energy levels were sky-high. Apparently, that venue can hold nearly 700 people. Not sure how, it feels much smaller and intimate!

I suspect Peter Walker had in mind that the sound he wanted to create would have been as close to possible if you were standing next to musicians in the recording studio as they recorded a studio album. Even here, the original sound is a construct.

However, I don’t believe that the perfect live sound that could provide a benchmark actually exists 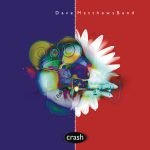 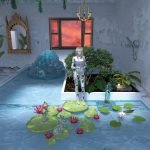 I Want the Door to Open