If you have read my previous blogs, where I acknowledge my addiction to my hi-fi hobby (see Is Hifi a hobby or an addiction?) it will come as no surprise to you when I admit that there is another sound system lurking in my house.

This is my home cinema system, whose primary purpose is to provide sounds to accompany television and film displayed on my large screen TV. In spite of its primary purpose it still has pretensions to operating as a hi-fi sound system and to this end my video disk player has the capability to play both SACD and DVD audio discs in high resolution and 5.1 sound, as well as DVD and UHD video discs.

The speakers are the most obvious concession to its hi-fi audio purpose consisting of four Dynaudio Audience 40 speakers, the corresponding centre channel speaker and a dedicated subwoofer. The choice of speakers was somewhat pragmatic. At one stage, they were the main speakers in my stereo system. They provided impressive resolution but lacked bass extension, largely due to their small size. When the opportunity arose to acquire an additional pair and matching centre speaker in the same light wood finish from eBay, It was too good an opportunity to pass up. The bass limitations were addressed by a dedicated subwoofer.

The receiver at the heart of the system is a Marantz model, again chosen for its sonic credentials as much as its video properties. Interestingly, although I originally purchased the matching displayer from Marantz, this was later changed, predominantly because of my lack of confidence in its reliability.

The obvious question is, what does this system bring in audio terms to a house which already has two stereo systems? I have a collection of DVD audio discs and SACD discs. When many of these were purchased their ability to provide higher resolution music than was possible from a CD was a distinct advantage. However with the growth of better than CD resolution streaming, this has become less of a distinctive feature.

The remaining distinction is the ability to play 5.1 audio in better than CD resolution. The benefits of this feature depend on the recordings that I’m listening to.

Some of my favourite recordings from the 1970s such as Tubular Bells and the Dark side the moon or Wish You Were Here from Pink Floyd. These date from a period when the artists were experimenting with quadraphonic sound. Frankly the technology of the day based on vinyl was not able to do justice to the creative ambitions of the artists. Listening to these classic progressive rock albums in 5.1 sound from an SACD feels as if they can now be heard as the artist originally intended.

Other more traditional recordings do benefit from a sense of space and separation. however the reproduction of these recordings by this system lack of cohesion and rhythmic and rhythm that they possess when played on my main stereo systems (especially the esoteric system), and so there is a more obvious trade-off involved

The other opportunity is to enjoy concert performances in both video and audio. A special mention must go to Springsteen on Broadway, streamed by Netflix, and you feel tailored to the video production. The high-quality audio system draws you in to the concert experience, In a very real way and the combination of audio and video is a different kind of experience from an audio system irrespective of how many channels that system reproduces.

It seems to me that these will continue the current scenario, where the benefits of adding more channels and/or combining audio and video will enhance the experience when listening to some music, but will not become a universal replacement for high quality stereo sound. I suspect they will coexist in the same way that vinyl and digital streaming currently coexist. 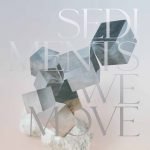 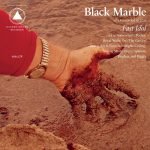