I have explored the idea of live music as the gold standard against we compare our hi-fi systems previously. The reason for exploring this topic further is that last weekend I was able to attend my first live gig since lockdown- Celtic rock band Skerryvore in Liverpool. It was a very enjoyable and exciting night, in the small music room behind the main Philharmonic Hall. I have never previously attended a gig blending the sounds of bagpipes, fiddles and accordions with electric guitars, bass, keyboards and drums.

The fact that I own a copy of the Live across Scotland CD allowed me to recreate the sound of the gig at home, and make the inevitable comparisons. So how does the canned version compare with the live experience?

Based on my smartwatch sound pressure level readings, I’m listening at about 20dB less at home than at the live event. During the gig, it would periodically show peaks of 95dB accompanied by dire warnings together with urgent warnings to move to somewhere quieter!

In terms of simple information retrieval, the recorded sound at home beats the live sound hands down. Put simply, it’s easier to follow the individual instruments and strands of the sound at home. The gig sound wasn’t bad at all, but the impact of the venue and all the people standing in front of me took its toll, and perhaps the volume added to the excitement but not my ears ability to process the sound!

The complexity arises from the fact that this is that this is not even a small part of what made the live gig an enjoyable experience. That was about an occasion, a shared experience, an excitement which cannot be reproduced in my living room. And how ever many times I listen to the canned version I would always take the chance to repeat the live experience for its sheer fun and enjoyment.

However, the two experiences “canned” and “live” are in no way in competition. There is undoubtedly an enhanced enjoyment of the “canned” version from having experienced the live gig. Some of this is simply about reliving the excitement of the live event. But there is more, the mental picture of the band playing live makes more sense of what I am hearing.

A further comparison is also possible with the studio versions of the tracks. In general, studio versions allow even more musical information to be transmitted than the “canned” versions of the live performances. With a band like Skerryvore, a key part of the enjoyment of listening is the communication of the energy and vitality of the performance. This is less in the “canned” live recording than it is at the live gig itself and the studio recordings trade off this further in return for greater information transmission.

This reminds me of earlier experiences with bands like Lindisfarne, a band noted for their Christmas shows, which I attended on multiple occasions. Their studio recordings could not convey the sheer joy and vitality of their live shows. Some of the live recordings got closer, but only a few studio cuts really shone for me, notably “Winter Song” and perhaps “Heroes” of their more upbeat tracks.

The perhaps inevitable conclusion is that comparing live gigs with live recordings and studio recordings is like comparing apples, pears and bananas. The greatest enjoyment is perhaps a mixed diet, with each version offering complementary insights into the others. It is also worth remembering that a live gig is a moment in time and sadly, the only way to enjoy the music of the late great Alan Hull is now through recordings. 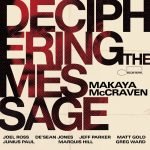 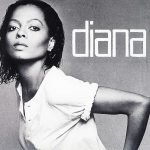