When I was growing up, the measure of a serious band was that they wrote their own material. Many started playing cover versions of other people’s material, and performing their own became a rite of passage.

More recently, as concerts for the biggest bands have become large expensive stadium gigs out of reach of many fans, there has been a growth in tribute bands seeking to reproduce the experience of larger well-known bands. This they have achieved with varying degrees of success, but very few have achieved a level where they are taken seriously as a band in their own right.

However, many artists are ageing, quite a few have died, other bands have split up and the touring versions now available are themselves pale imitations of the originals. Thus, this month the first Jethro Tull studio album since 1995 will appear, with Ian Anderson the only member left from the previous line-up. Since Freddie Mercury’s death in 1991, followed by John Deacon’s decision to retire, Queen has been represented by two original members with different frontmen and other supporting musicians.

One of the most complex group histories has been that of Pink Floyd. The acrimonious split between Roger Waters and David Gilmour in the 1980s is well-documented, but much of the original creativity behind the band came from Syd Barrett who left the band back in 1968.

Even before the split, The Wall (1979) featured additional musicians on the recording, including co-producers Bob Ezrin on, piano, Hammond organ, synthesizer, reed organ, and James Guthrie on percussion, synthesizer and sound effects. The live performances at Earls Court in 1980 and 1981, one of which I attended, used a whole “surrogate” band of musicians:

The only time the pre-split line-up appeared together again was for the Live 8 show in 2005. Apart from this, fans have had to choose between Pink Floyd shows without Roger Waters, or Roger Waters shows with other musicians.

To add to the mix, Nick Mason’s Saucerful of Secrets featuring Nick Mason with a group of musicians formed in 2018 to perform the early music of Pink Floyd, and toured prior to the pandemic resulting in a live album “Live at the Roundhouse” released in September 2020.

However, another option is provided by the Australian Pink Floyd Show who first played in the UK in 1993. They have taken the tribute band to a new level described in The Times newspaper as “The gold standard” and invited by David Gilmour to play at his 50th birthday party in 1996, which providing a genuine alternative to the modern subsets of the original band.

Having witnessed recent tours in 2018 and 2019, I can vouch for the fact that they provide a very enjoyable concert experience. They also play smaller venues than either Pink Floyd or Roger Waters which some may prefer and offer ticket prices around a third of the cost of either of the above.

More recently, some of their live performances have started to appear on streaming platforms offering the chance to compare these recordings with live Pink Floyd shows. Currently, the 2011 show from the Hammersmith Odeon and 11 songs from the 2012 tour are available for streaming. The live recordings of the classic Pink Floyd lineup are primarily the live tracks from Ummagumma back in 1969, and the recording of the Wall concerts released as “Is Anybody Out There?”. Some of their concerts from the 1970s have recently appeared, but with mixed sound quality.

Subsequently, Pink Floyd have released live albums without Roger Waters, and David Gilmour concerts in Gdansk and Pompeii have been dominated by Floyd material, as have Roger Waters live recordings predominantly recreating The Wall.

So with all these live performances to choose from, why would you choose to listen to the versions which feature none of the original musicians? The Australian Pink Floyd shows are very well recorded and offer a musical interpretation that is focused on the music. The individual instruments are beautifully reproduced through my esoteric system. They play a cross-section of material from all eras of the Pink Floyd catalogue. In many ways, the closest recordings to this from the Pink Floyd catalogue are the Ummagumma live tracks.

The more recent Floyd/Waters/Gilmour recordings are more bombastic in nature reflecting their stadium origins. They seem to rely on impact and need the accompanying pyrotechnics and light show of the live experience. They work better as soundtracks to the concert films that are generally also available. Although they have recently been re-released in remastered high definition form, the sound quality remains muddy and ill-defined compared with the Australian Pink Floyd Show recordings

The Nick Mason live recording is more successful, but the focus on the early psychedelic era material makes it less accessible and arguably adds little to the Ummagumma live recordings, which are some of the best by the classic Floyd line-up.

So I find myself returning to the performances by the Australian Pink Floyd Show for live recordings alongside the original studio recordings by Pink Floyd, which are generally very well recorded. 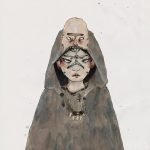