I set out in this blog to compare the experience of listening to Side 1 of The Dark Side of the Moon by Pink Floyd on my various stereo and multi-channel systems. It is a very subjective account of an exercise which is extremely context dependent. I listened to various versions of Side 1 of The Dark Side of the Moon on my esoteric system with vinyl and high resolution streaming sources, then compared the results with the SACD in 5.1 on my multi- channel system and finally a rip of the CD layer played through my “respectable” system.

In an attempt to introduce a semblance of meaningful comparison I set the volume to typically 60-70db in seated position 2.5m from the speakers peaking at around 77dB eg  during the Chiming clocks at the start of Time, but this can only ever be a personal reflection of my experiences with my systems in my listening rooms.

The first version up is a recent 180gm vinyl LP. The opening heartbeats have real impact and from the off, this recording has a strong sense of rhythm where it is easy to follow as the bass plays tunes rather than just providing a dull thump which I remember from listening to this album in previous years on inferior (and cheaper) systems.
As the side progresses, one minor limitation is that the sound becomes cluttered during the crescendo in The Great Gig in the Sky, and it becomes harder to differentiate the strands of the recording.

Moving to the 96/24 Quboz stream playing through the same system, the opening notes sound very familiar. The speakers and amplifiers ability to stop and start quickly are evident on both the vinyl and digital streamed versions

As the music becomes more complex, the streaming takes the vinyl experience and adds a degree of clarity whilst never sounding edgy in the treble. specifically I notice:

Next I move upstairs to listen to the SACD on my multichannel system.

This is a very different experience and comparisons are more tricky. The multichannel mix provides a more theatrical experience. There is greater separation due to 5.1 mix and effects are very impressive as they move front to back around an immersive sound field.

This is simply a different presentation which suits the effects-rich tracks in particular. Time works particularly well in 5.1 mode as the drum kit echoes all around you. In purely musical terms, the system does have a harsher edge to treble on both synthesised and instrumental sounds. Similarly, the bass is fuller but less precise

On the other hand, in The Great Gig in the Sky, the vocal remains distinct from rest of mix even in most complex parts of the track

The strengths of this format are particularly well suited to “The Dark Side of the Moon” with its mix of effects vocals and instruments, and the listening experience is again highly pleasurable.

Finally, I play a streamed local CD rip 44.1 KHz/16 bit, on my “respectable” stereo system. Without the other systems, this would seem a fine rendition and it is never less than enjoyable even following the other more ambitious systems.

In the sparse parts of the mix, it does just fine, but when things get more complex, it is noticeably less engaging. There is a temptation to reach for the volume control in spite of it being played at a similar level to the other systems. The sound is both smaller in scale and less transparent.

The first and obvious statement is that there are clear differences and the more ambitious systems do deliver a more enjoyable experience. Perhaps my most controversial observation was that the two different sources feeding my esoteric system were the most similar in spite of representing analogue and digital sources.

The phono stage in the Auralic Polaris is remarkably quiet, and this favours the analogue source, although the device overall must surely be optimised for digital sources. Fans of vinyl will fairly point out that the Audio Technical AT-LP5 turntable is a modest source and relatively much more modest than the digital streamer, and a dedicated phono stage would surely improve things as well. So this is not intended as an absolute judgment in the analogue vs digital debate, but it highlights for me the crucial role played by the speakers and the amplification in the final sound. See ““Source first?” for more on this.

Finally, what to make of the 5.1 system? The SA-CD is a fine source, but the Marantz receiver, whilst highly respectable does not have the same HiFi pretensions as either of the stereo systems and this can be heard if analysed in that way.

On the other hand the 5.1 mix is mind boggling at times and on an album like Dark Side creates a completely different listening experience that simply cannot reasonably be compared, but should be enjoyed on its own merits because it does things with sound no stereo can ever do.

Without the other systems, this would seem a fine rendition and in the sparse parts of the mix, it does just fine, but when things get more complex, it is noticeably less engaging

The Boy Named If 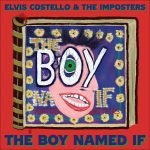 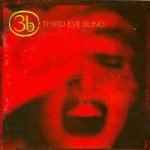