In a recent blog, I explored the increasing profile of tribute bands, as many well-established bands become older or split up due to internal disputes.
Other bands playing music not written by themselves can be viewed into two categories. The first are those who are created to play tracks written for them by the people, typified by the “boy bands” and “girl bands” who arguably started in the 1960s but rose to prominence during the 1990s. The second are famous bands who occasionally play tracks by other people, and these may feature as live recordings, B-sides of singles or occasionally as studio album tracks.

In some cases the cover version has become the standard. An early example of a band created to play tracks written for them by other people were the Monkees. Originally playing a band for a television series, the Monkees went on to record music for release and one of their most famous songs is Daydream Believer reaching number 1 in the US and no.5 in the UK in 1967. This song was originally written by US songwriter John Stewart, who sings backing vocals on the Monkees’ version but later sang the song himself at live gigs.

Sometimes, the songwriter is a famous performer in their own right, but the cover version is associated with another performer. Bruce Springsteen wrote “Blinded by the Light”, and it appeared on his 1973 debut album Greetings from Asbury Park, N.J. but a cover by British rock band Manfred Mann’s Earth Band reached number one in the United States in February 1977, was also a top ten hit in the United Kingdom, New Zealand, and Canada, and remains the better known version of the song.

In 1978, when Springsteen was recording his 1978 album  Darkness on the Edge of Town, Patti Smith was recording in the same studio. Springsteen decided to give ‘Because the Night’ to Patti Smith who, after changing the lyrics, released it and it provided her with her commercial breakthrough. ‘Because the Night’ would appear on Smith’s Easter album, which was produced by Jimmy Iovine, who was also the engineer on Springsteen’s album. The song reached number 13 in the US and number five in the UK.
The Beatles songs, particular those written by Lennon and McCartney, have been covered many times. Die-hard Beatles fans tend to regard these versions as inferior invitations. However, I regard Lennon and McCartney as better songwriters that performers (sacrilege, I know) and therefore regard some of the better cover versions as superior to the originals.

And even the Beatles started life playing cover versions of other people songs!

A personal favourite is the 1968 version of Help! by Deep Purple. This version with nods to psychedelia is a million miles away from the heavy metal sound that made Deep Purple’s reputation but features on their album Shades of Deep Purple alongside other cover versions such as Hey Joe! Their next album featured a memorable version of River Deep Mountain High. In 1984, Deep Purple affirmed their connection to the Beatles when George Harrison jammed live on stage with the band.

Films are also a rich vein of cover versions of famous songs. Perhaps the most extravagant example is the 2001 movie Moulin Rouge directed by Baz Luhrmann.This musical film has only one original song, but features entire cover versions and also medleys of cover versions, including songs written by Elton John and David Bowie to great effect. The more recent stage musical does not include the same titles, perhaps for copyright reasons, but is the poorer for it.

Hunting for new cover versions on your streaming service of choice can be a very enjoyable experience and provides another instance of the power of streaming. 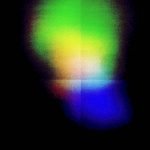 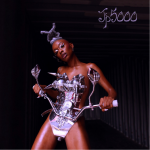