For some diehard fans, a Bruce Springsteen concert is more of a religious experience than a music event. I know this because, on the way to my first Springsteen concert held at Crystal Palace in London in 2003 as part of The Rising tour, I met such a fan. on the train from central London, packed with fans on the way to the venue, he spoke to us and said “Is this your first concert?”. “You’ll love it! It’s like a religious experience!“. The concert itself, in the open-air certainly had elements that seemed like a revivalist meeting. In spite of standing for hours waiting for the band to come on stage and suffering at the time from a rather painful health condition, I confess I was hooked and have been to further gigs since then. Even those less enamoured of Springsteen’s music acknowledge the quality of the live concert experience.

The first official attempt to capture this on record for home reproduction was a commercial success. His first live release was a 5-vinyl record boxed set, Live/1975–85 and consists of 40 tracks recorded at various concerts between 1975 and 1985, released on November 10, 1986. Released on the back of the massively successful Born in the USA, it generated advance orders of more than 1.5 million copies, giving it the largest pre-order sales by value in the history of the record business at the time.

The album went straight in at number one in the US, the first album to do since Stevie Wonder’s Songs in the Key of Life ten years before. It also became the first five-record set to reach the top 10 and the first to sell over a million copies and is the second-best-selling live album in U.S. history based on RIAA certification.

Despite many positive reviews, this album is more of a record of Springsteen through the decade than a reproduction of the live show experience. The tracks included are heavily weighted towards more recent tracks, unforgivably in my book, omitting, Jungleland, for example.

The next offIcial live release was part of the MTV Unplugged series. Recorded in 1992 and released in 1993 on CD and DVD this recording became somewhat notorious for not actually being an acoustic unplugged performance. This feature recording feature only Roy Bitten and Patti Scialfa from the E Street band and the reviews were moderate. The “plugged” nature of this concert is particularly odd given that Springsteen went on to release a whole range of pared-down live performances. most notable Is the streamed Netflix video of his live Broadway show also available as an audio recording.

Recently, Springsteen has provided a digital archive for download (for a fee!)giving the opportunity to listen again to concerts where you have been in the audience. These are high-quality audio complete performances and are unmatched for reproducing a live experience, and the varying setlists give each a unique flavour. For example, the presence of a fan dressed as Santa in May at the Manchester gig I attended in 2016 leading to the inclusion of Santa Claus is coming to town certainly gave the setlist a distinctive feature.

The only problem with these is that the sheer length of a Springsteen concert can make them a challenge. The downloads include a number of pared-back gigs such as the Tower Theatre 1995 concert as well as the fill-blown E Street experience.

There are three other full-blown releases designed to give the full-blown concert experience – Live at Hammersmith Odeon 1975 provides a record of the much-hyped first ever UK concert. In 2021, the 1979 No Nukes concert was released in a range of formats. Both of these recordings are marked by the sheer energy of the band in the 1970s, especially during the encores. For me, the recorded sound quality is better on the newer No Nukes release, although the DVD soundtrack from the 1975 concert is better to my ears than the CD version. The vinyl version of the No Nukes concert provides a particularly fine rendition of the energy of the performances from this era on my esoteric system.

And finally, the Live in Dublin recording of the Seeger Sessions Band cannot be ignored. It scores highly for sheer fun and musicianship and showcases the versatility of the Boss! If your system is up to it, the wealth of live Springsteen material available is a joy to experience.

Lucifer on the Sofa 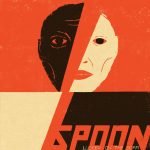 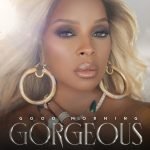