Generally, we think of three spatial dimensions. Although the word stereo sound is generally associated with two channels in high fidelity audio, it is derived from Greek where it means solid or three dimensional.

The term stereophonic was applied to two-channel systems when they replaced single channel or monaural systems.

For a conventional two-channel set-up such as mine, this emphasises two dimensions- up and down and left and right. Differential volumes can place sounds nearer or further in the mix giving a sense of the third dimension as nearer and farther from the listener.

A greater sense of the third dimension has been sought through the addition of extra channels first seen in the quadraphonic systems of the 1970s, and more recently in the 5.1 systems offered by SA-CD and DVD-audio and most recently systems such as Dolby Atmos. However, most serious audiophiles stick to their tried and trusted two-channel “stereo” systems.

However, there are at least two more dimensions that we take into account when listening. Often referred to as the fourth dimension, time is crucial to our listening experience. The ability to reproduce the way in which notes start and stop is key to an authentic listening experience. Similarly, the way in which a system reproduces the rhythm of music is key to that sense of authenticity.

The final key dimension for listening for me is frequency range and the ability of the system to reproduce a range of frequencies that reflect the range of the human ear, without undue emphasis on certain frequencies over others. In reality, this is room-dependent. At the lower end, there is an absolute limit to the lowest frequencies that a speaker can reproduce, but this is complicated by the ability to excite room resonances. At the higher end, most modern speakers will be able to reproduce sound at frequencies beyond human hearing. Here the challenge is that harmonics of frequencies beyond human hearing may cause distortion in the audible range.

Other potential dimensions include loudness, where the absolute loudness limit may be an issue for some listeners although all my recent systems have been capable of playing at volumes way beyond anything I would consider safe let alone desirable. More subtle is the ability to reproduce accurately the dynamic range of music, ie the difference between loud and soft levels, without compression.

There are at least two practical consequences of the multidimensional nature of our listening experiences.

The first is that most systems trade strengths in one dimension against another. I have never forgotten my first experience of listening to Quad electrostatics (ESL-63s shortly after their launch in 1981). Their ability in the spatial dimension was quite spell-binding but they had a more limited frequency response than other comparably priced speakers. As a result, they were considered peerless by many classical and jazz music fans but less attractive to rock and pop music fans

The second is that measurements favour the dimensions that are most easily measured and focus on single dimensions. Thus, frequency response is a common measurement that describes the linearity and scope of frequencies reproduced. Measurements are usually based on simple waveforms. Modern equipment is often quoted as having vanishingly low distortion levels and very large signal-to-noise ratios. Whilst distorted and/or noisy reproduction obviously detracts from the listening experience beyond a certain point, other dimensions become more significant

The way in which we listen is a complex experience that is holistic rather than the sum of individual components. In the same way that our ears create a wall of sound from two discrete point sources, they combine all the dimensions listed above and more in our listening experience.

This is why my HiFi hobby will be assisted but never totally defined by science and technology. 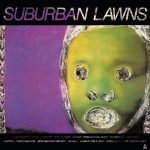 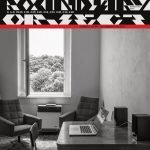