Some regard hi-fi audio as pure engineering and seek to apply a scientific paradigm. Others emphasise the art at the heart of the music. For me, the scientific paradigm is essentially reductionist and tends to break down the whole experience into measurable components – noise, frequency response, distortion, which tell only part of the story. On the other hand, the artistic view is essentially entirely subjective and lacks any generalisable conclusions. In terms of Maslow’s hierarchy of needs (see my previous blog on the subject), the lower needs are likely to be amenable to scientific analysis, but the highest levels are firmly in the artistic domain.

So, rather than set these two views at odds, is there a more holistic approach that can help us to understand our experience and potentially improve it? For this, I suggest we should consider the experience as a complex adaptive system.

When we talk about an audio system, we tend to consider the pieces of hardware such as turntable, streamer, amplifier, loudspeakers or other components that you may have. A system has inputs and outputs – at its simplest, the input is the stored music, a physical disc (CD or vinyl LP) and the output is the sound produced.

In a classical systems view, the input data is processed by a series of components in turn and sent to the speakers where the final output is produced by turning electrical signals into sound waves. This is often viewed as a linear process. Component A receives the input data and passes it to component B which processes it and passes it to component C and so on until it reaches the loudspeakers and they carry out the final conversion into sound energy. In this view, if you improve one of the components you will improve the end result.

However, we know that this is not always the case. The linear model is too simplistic and fails to take account of the way in which the components interact. For example, the vibrations of the stylus are converted to electrical energy within a phono cartridge. Its ability to do this is influenced by the rigidity and movement of the tonearm, the speed stability of the turntable, and the acoustic isolation of the turntable to name but five other factors. The electrical output of the cartridge is affected by the capacitance and resistance of the phono stage and so it goes on. Each handover in the chain is a complex interaction.

However, our holistic view can drill down further to take account of greater complexity. Our audio system has another input: the power on which it depends. Many writers argue that the quality of your mains power in terms of consistency and noise has a significant impact on the quality of your system. This makes it a secondary input that has an interaction with each component in our reproducing chain. Further, it is possible that the power supplies may impact upon each other creating internal interactions, and as we know that mains varies at different times of the day, these effects are not constant.

But our holistic system view can be expanded further, to include the listening environment and the listener. When speakers release sound waves into a room, the sound waves will bounce around the room, creating echoes and resonances, so the perceived sound is a product of the sound produced and the echoes and resonances added by the room. This will be further influenced by the position of the user. The user brings a whole set of other variables. The mood of the listener will affect their perception of the listening experience.

And perhaps the final variable is the music played. Any audio system has strengths and weaknesses, even the best., and these suit certain types of music better than others, so there is an interaction between the type of music and the audio components at an individual and collective level.

So your listening experience is the product of a complex set of relationships between the music, the software source, the mains supply, the individual HiFi components, the room in which you listen, where you listen to it and your mood when you sit down. It is unsurprising that we cannot always predict the impact of changing one or more components! But that, I do believe, is part of the fun. 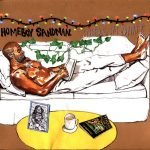 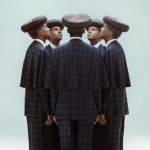