Dire Straits are a band whose contribution to the canon of rock music is hard to assess. For a short while in the early to mid-1980s, they were possibly the biggest band on the planet. They rode a wave on the back of the introduction of CD. Their fifth album Brothers in Arms, released on 17 May 1985 was the first album certified ten-times platinum in the UK and is the eighth-best-selling album in UK chart history. It is certified nine-times platinum in the US and has sold more than 30 million copies worldwide.

Their early output was distinctive but not particularly commercial, with the possible exception of Sultans of Swing, their first single, and the Communique album was again not in the mainstream of pop music, based around Knopfler’s guitar picking style, almost more reminiscent of bluegrass country music. Their style changed with Making Movies their third album which although not producing memorable singles was in many ways a more mainstream commercial album. Love Over Gold was a record of two sides. Side one featured the epic Telegraph Road and Private investigations with a more conventionally commercial second side (of the vinyl album). Brothers in Arms, their best known and best-selling album was a collection of conventional and overtly commercial tracks, with only the title track really reflecting their earlier sound. On Every Street, their final studio album followed in 1991, in some ways marked a return to their earlier sound, but it was not well received by the critics, although it still sold 15 million copies by 2008.

In spite of their sales and critical acclaim at their peak, they are often regarded slightly sniffily. My experience of Dire Straits is inextricably linked to the equipment on which I heard it. My earliest memories are listening to Making Movies on a friend’s Dual CS505 turntable in my first year at University.

But the experience that really blew my mind was listening to Telegraph Road from Love over Gold at a Hi-Fi show where it was being played on a Meridian system featuring the M2 active speakers. It was a show-stopper and gave me a hankering for the M2s that lasted for decades.

Which led to a recent evening’s listening to see how Dire Straits sounded on my esoteric system. I wanted to test my theory that more than many others, Dire Straits’ music needs a decent system. Otherwise, the earlier albums become bland, Telegraph Road becomes endless rather than epic, and the commercial singles of Brothers in Arms are revealed as very superficial.

I chose the Quboz selection of most popular tracks to take me on a slightly random tour through the Dire Straits catalogue. Inevitably, this started with Sultans of Swing. Frankly, this track would sound good on anything. However, the way in which each guitar pick starts and stops and the ability to separate out the strands definitely adds to the enjoyment. However, it is the most ambitious tracks that really are transformed. Telegraph Road and Private Investigations really take on an epic quality, with your attention drawn into the music and you realise just how much is going on. Similarly, Brothers in Arms has a real emotional quality to it, and this creates an unavoidable connection with the music. Perhaps most interesting though is the way in which the music of perhaps the three least well-known albums is elevated. The tracks on the first album beyond Sultans of Swing and Communique take on a life of their own. The quality of the musicianship is laid out before you and again draws you in. Even the tracks from On Every Street take on a life of their own.

So is it all good news? Is Dire Straits’ reputation for blandness completely overcome? Well, a well-engineered commercial pop song is still just a well-engineered commercial pop song. Perhaps there simply aren’t any hidden depths to be revealed. Money for Nothing, Walk of Life and Twisting by the Pool are all good honest pop songs and probably account for a large part of Dire Straits’ global appeal. But they benefit least from superior reproduction 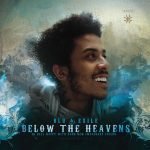 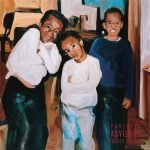