I remember being introduced to One More from the Road by Lynyrd Skynyrd by his younger sister and it’s an album that made a great impression and I still listen to today. My memory is of the volume and range of sound that this system could produce. My other early encounter was with a friend who was at Manchester University studying electronic engineering and was also a very good keyboard player. He had built his own synthesiser from a kit, and then created his own version of Fanfare for the Common Man and recorded it onto a very large and impressive looking real to reel tape recorder. I was in awe that one person could be so talented and the resulting sound was simply amazing although I have no recollection of the rest of his reproduction system! He introduced me to the music of Pink Floyd, and further enhanced his credibility in my teenage eyes when he told me he had seen them play live – this was the era when Pink Floyd were still playing student venues.

My earliest memory of a system belonging to someone of my age was of a Trio-based system with the classic 1033 turntable with a matching 3700 amplifier which was in a shiny chrome case. I remember his Celestion 15XR speakers producing prodigious quantities of booming bass. I think it was probably more impressive than accurate, but to this day when listening to Seconds Out or the Lamb Lies Down on Broadway albums by Genesis I am transported back to those listening sessions.

My own first audio equipment was more modest, and limited by my income derived from my Saturday job as a shop assistant at Boots. In order to make my funds go further, I purchased my first kit from Boots to use my staff discount. My first system consisted of a Ferguson cassette deck, Wharfedale Denton 2XP speakers and a Boots Audio (!) receiver which was in fact a rebadged 40w Aiwa model, and actually for the money not bad. It didn’t sound bad to my ears, but it lacked the street cred of the systems mentioned above and frankly was a step up from my transistor radio but not really HiFi.

The next step was the acquisition of a turntable and the go-to entry-level model at the time was a Garrard SP25, which was on about the Mk5 or 6 iteration by this stage. I listened to one at school in music class, but it was situated in a Portakabin and the slightest movement would cause the music to jump around. Through my job at Boots, I had the opportunity to acquire a Garrard 86SB Mk2. It seemed more substantial than the SP25, and so I acquired it and brought it home with my first vinyl record, Heavy Horses by Jethro Tull. The improvement in sound was obvious and my journey down the upgrade road was underway.

Over the next few years, as I moved from Saturday jobs to vacation jobs at Uni, I moved onto a “proper” HiFi starter system – Dual CS505 turntable, NAD 3020 amplifier and AR18s speakers. The sound was much better, and most importantly for my street cred, I could read about the equipment I owned in the magazines I read. Of course, the same magazines told me I needed to upgrade the Dual to a Rega Planar 3, the NAD to the A&R A60 and the AR speakers to Heybrook HB2s. For the record, my view with the benefit of hindsight is that yes the Rega 3 is a fine turntable with great sound, but I never heard a system built around an A&R A60 that engaged my interest! 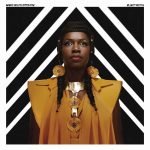 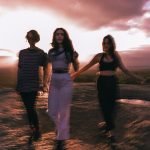 Running With the Hurricane