There have been many examples of HiFi kit that have been described as iconic over the years. But what makes for a piece of iconic HiFi? And is there is one piece of kit that is more iconic than any other, and why?

The first criteria for a piece of iconic HiFi I suggest is longevity. Great pieces of kit come and go, but icons go on if not forever then for a very long time. The very first system that I heard that left a lasting impression on me at a show back in the early 1980s was a Linn/Naim system with a Linn LP12 turntable and Linn Isobarik speakers in active form driven by Naim amplification. This system contained at least two HiFi icons, the Linn LP12 and the Naim NAP250 amplifiers.

The Linn was introduced in 1972, the Naim in 1975. The 1970s was a great period for iconic British HiFi products with some still available in updated form today. Shortly afterwards in 1976, the Rega Planar 3 turntable came along and the Quad ESL63 electrostatic loudspeaker arrived in 1981.

In terms of longevity, these four products represent for me the most iconic British HiFi products of all.

All represent a blend of form and function, embody sound engineering principles and still exist today in some form or other.

Of these, in many ways, the Quad ESL-63 is the one I love the most. It has an elegance and deceptive simplicity in both design and appearance, that is beguiling. That this is deceptive may be deduced from the fact that it took 18 years to develop and bring to market – a fact recognised in the model number.

However, there are some caveats. The ESL63 was the second Quad Electrostatic loudspeaker. Although reviewers heralded its step forward over the previous ESL-57 introduced in 1957, the earlier model has retained its popularity. The ESL63 has been superseded by newer models which arguably highlight the limitations of the ESL63, but trade its visual elegance for greater structural integrity. So for me, iconic, yes,, but the most iconic? No.

The Rega Planar 3 has also been through changes in model name, before returning to its original name for the current iteration. However, its development and refinement have been more linear than the Quad, and although it has spawned a whole range of more advanced and expensive models it retains its place in the product range to this day. It also spawned the RB300 tonearm, an iconic product in its own right which has been used with many other turntables.

The appeal of the Rega is ultimately also its weakness. No-one ever claimed it was the best turntable in the world, just a briliant piece of engineering producing wonderful sound at a price point that many people could afford. It’s the only one of the these four great icons that I have personally owned. So again, iconic, yes,, but the most iconic? No.

The Naim NAP250 has always existed as the NAP250. The current version is the NAP250 DR.The most obvious change over the years has been the change in case design, but inside, it has been gradually and continually improved to keep its performance competitive. The problem for the NAP250 is that ultimately it’s just a box – it looks the same as almost every other Naim amplifier. It lacks the visual appeal of the valve amplifiers that it sought to replace, and modern valve amplifiers have so much more visual appeal, think Audio Research for example. The relationship between valve and transistor amplification is ike the relationship between Steam and Diesel locomotives – the Diesels are cleaner, more reliable, and cheaper to run – but who doesn’t love the romance of a steam train. The Naim NAP250 has become a very effective upgrade for many people, but too much of a workhorse to be the most iconic of all.

Which leaves the LP12 – 50 years old this year. I doubt there is a single component in the 2022 Linn LP12 that was present in the original. Much of its success is based upon not just its continual improvement, but the owners’ ability to upgrade as they go. But on another level, an LP12 of any era is still an LP12.

Solid engineering has been supported by very clever marketing. They have managed to create a pride in ownership that exceeds almost any other product. In the current range, there are three price points, varying from more than I want to pay for any HiFi component to more than I want to pay for a medium-sized car. But every Linn LP12 owner gets the satisfaction of owning this product which has been at the top of its game for 50 years.

Can I afford one? No. Would it switch the majority of my listening from my Auralic digital streaming amplifier to vinyl records? Probably not. Do I want one? Hell, yes. The Linn LP12 – Probably the most iconic (UK) HiFi product of my lifetime. 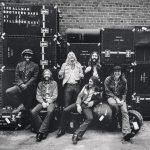 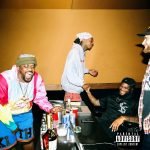