Technology and music are increasingly interlinked. Recently, I upgraded my mesh wifi system around my home. This was done for business purposes, and was principally done to create a fully wired connection between my main business desktop computer (an Apple iMac) and my NAS box which holds my files (Diskstation 214). In order to achieve this, I replaced my white BT Whole Home Wifi disk nodes with Tp-link Deco X20 AX1800 nodes. From a work perspective, the key benefit is that each node comes with two wired LAN nodes allowing me to run cables from the node in my study to both the computer and the filestore. This means that by upgrading my wireless technology, the principal benefit depends upon removing a wireless connection from a key link!

However, readers of a previous opinion piece will know that the same filestore holds my audio files and that the Auralic Polaris streaming amplifier at the heart of my esoteric system is connected to it using my wifi mesh system via an ethernet cable from Polaris to a wifi node. Similarly, the Auralic Polaris is connected to the Internet router using the same wifi network to reduce noise and avoid the need for network cables.

So, having upgraded the wifi mesh, on which almost all my streaming applications rely, are there any benefits to my audio system? I would love to write one of those articles where I describe how by introducing the new technology, a veil has been lifted and the music sounds better than I have ever heard it before. Sorry – newsflash – my esoteric system sounded pretty good before I made this change and it still does, but there has not been some great uplift in my enjoyment.

However, there is one noticeable difference. When selecting an album to listen to, either on Quboz or more particularly from my local store, there was a noticeable delay between selecting the music and playback starting. This was particularly true of the larger high resolution 192/24 tracks. Now, selection is followed by almost instantaneous playback.

I realise for vinyl fans part of the enjoyment is the process of putting a record on, dropping the stylus and waiting for the music to start. This is the audio equivalent of “slow food”. They probably regard streaming as the equivalent of audio “fast food” – quickly served but not ultimately satisfying. I would suggest that MP3 audio streamed over Spotify is the audio equivalent of McDonalds. Not very satisfying and actually not particularly quickly served either! However, high-resolution downloads or streamed tracks can be much more satisfying if served up correctly, and rapid delivery adds to the enjoyment of the experience and increases one’s faith in the reliability of the system. A happy side effect of a technology upgrade carried out for another purpose! 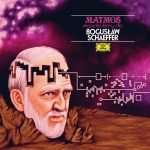 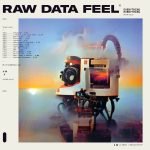