Today I went to my first post-pandemic HiFi show – the NorthWest Audio Show 2022 at the De Vere Cranage Estate. I have previously written about the HiFi Show experience, but this was a chance to see how the experience had evolved in the post-pandemic world. One is certainly more conscious of being in a crowd, and headlines this morning of Covid rates on the rise did nothing to re-assure. There was lots of hand gel in evidence, but few masks.

There were some distinctive features of this show which were most welcome – a live show on Saturday night to remind us all that it is about the reproduction of music, and the opportunity to book one-to-one sessions at the end of the day’s proceedings was also welcome.

Some things don’t change – even queuing up outside it was obvious that the vast majority of attendees were middle-aged (and older!) white men. What struck me this time was just how macho most of the kit seemed – amplifiers the size of small suitcases, and cables thick enough to supply the National Grid. Most of the systems would need a large room simply to fit in and even then would tend to dominate the room. At the risk of stereotyping, it is clear that the target market is well matched by the attendees. Personally, I am unconvinced that in this day and age that this is necessary for good sound, and perhaps more significantly, that most domestic living rooms are big enough to accommodate them visually or to get the best sound from them.

In most rooms, there was a bit of scrum of chatty attendees, clearly excited to be out and about, but not really conducive to serious listening: again – no change there really. It is no surprise that most of my favourite rooms were the quieter ones. Part of the purpose of my visit was to see in the flesh products I had seen announced in the recent press.

One of my most positive experiences was in the Coppice Audio room, which was quiet (apart from the music playing) when I arrived. They were playing their smallest speakers but unlike a room I had just left, their X1 speakers on their hardwood stands filled the room with sound and gave a decent bass response as well. I was unsurprised that some attendees had apparently asked where the subwoofer was hidden. The Coppice Audio team were friendly. Their system was living proof that kit can sound great and look great. I confess that much of it was outside of my price bracket, but no more expensive than much of their competition.

Another speaker I was keen to see in the flesh was the KEF LS60. The KEF room was busy but I was able to get a seat. When I arrived, the presenter was explaining all about it. In fact, they pretty much read out the press release reproduced in the hifi press recently. Hard to imagine that what was said was news to many in the room. The speaker is incredibly narrow, but unfortunately from a visual perspective, they were standing in front of the much more expensive Blade speakers. This made them look very boxy compared with the elegant curves of the much more expensive design. Ah well, I thought, at least I will get chance to hear what they can do. But when they were finally demonstrated, we were treated (!) to a recording that was effectively a wash of sound effects, which gave no clue as to their ability to play music.

Which brings me to my biggest gripe which has not changed – why do most exhibitors play music that is completely unlike anything I would play at home? Am I the only one, or is there a genre of music that can best be described as “hifi demo” music, which hardly anyone listens to at home?

One exhibit which did take me back to one of my very earliest hifi shows were renovated Linn Isobariks speakers. I am old enough to remember when they were new! Turns out these are produced by Hamnetts Vintage HiFi Limited, another local Lancashire business. Nice sound from Phonostage audio, too – who knew that my part of Lancashire was such a hifi hotspot?

As I went around the rooms, I could not help but notice that nearly all the rooms not using a vinyl source were using Auralic streaming sources. Similarly, by far the most common speakers were from ATC. When we walked in we were given cards to award to the best sound we heard. My problem was that the best sound I heard was in the very first room I visited – the Auralic/ATC room.

That said, I am now at home listening to my esoteric system and it gets remarkably close, so hats off to Mycetias Audio, who enable me to create a remarkably good sound in my listening room for a fraction of the cost of my favourite system at the show.

The biggest change since my last visit to a Hifi Show? I no longer come home with system envy! In my room, with my choice of music, my home system does just fine. 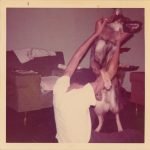 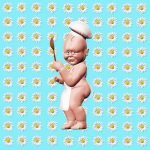