In my previous post on the North West Audio Show 2022, I bemoaned the limited type of music being played in the listening rooms of the show. It, therefore, seemed appropriate to consider the music that I would play to demonstrate the qualities of a system. I will consider the albums that I would play rather than individual tracks, and the versions that I am using are the streamed versions from Quboz.

The first choice is Communique by Dire Straits. This is first because it was the only album that I actually heard at the Show. The early Dire Straits sound with its roots in bluegrass and focused on Mark Knopfler’s guitar style is a popular choice at shows.

Rarely heard at HiFi shows are the early David Bowie albums such as Hunky Dory and Ziggy Stardust from Mars, although later Bowie is more popular perhaps because it is seen to be cooler. The early music has a wide variety of sounds and rhythms and the high-resolution remasters now available from Quboz sound very impressive on good hi-fi systems.

Slightly less mainstream are the albums of English singer-songwriter Richard Thompson. His music generally comes in two distinct flavours, electric and acoustic. From the electronic side of his catalogue, Mock Tudor, makes a good demonstration disc, but he has produced three albums of acoustic versions of his songs appropriately called Acoustic Classics, Acoustic Classics II and Acoustic Rarities.

These albums are characterised by superb sound quality and musicianship covering tracks from Richard Thompson’s career including songs first recorded by Fairport Convention and by Richard and Linda Thompson. On Quboz, the Acoustic Classics II is available in high resolution whereas the others are available in CD-quality. However, the sound quality of all these albums makes them all highly suitable as demonstration discs.

In the interests of balance, the next choice is a female singer-songwriter from the US, Suzanne Vega. Her top-selling album, Solitude Standing makes an ideal demonstration disc starting with the acapella Tom’s Diner. However, a more interesting alternative is the live recording of the 25th Anniversary Concert at the Barbican. This concert includes live performances of the whole album and features very high quality sound for a live recording, coupled with the musicality of a live performance.

For those with more classical tastes, cello music makes a great source of demonstration tracks. The Bach Cello suites are a great example. The latest recordings by Yo Yo Ma – Yo-Yo Ma: Six Evolutions – Bach Cello Suites are beautifully recorded and listening is a highly emotional experience.

As a larger scale work, the final movement of Beethoven’s Choral Symphony provides a major challenge. For years of listening to this movement on lesser systems, as the music races towards a climax, the sound has descended into a chaotic mess. It is a high-quality system that can maintain a coherent presentation all the way to the end. Finally, with my esoteric system, I have a system that can do the music justice. There is a wide variety of recordings, and choice is down to personal taste. Herbert von Karajan recorded three versions with the Berlin Philharmonic, of which the earliest from the 1960s is the best regarded by the critics. Quboz features a high-resolution remaster of this performance, which is ideal as a demonstration of large scale classical music.

Whatever your musical tastes, I reckon that these recordings will not only showcase the quality of any high quality system, they will provide a much more interesting musical experience than the tracks featured at most Hi-Fi shows. 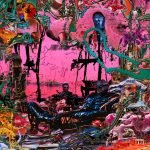 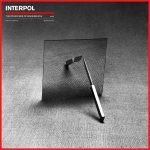 The Other Side of Make-Believe