One of my favourite places to feed my addiction for high-quality recordings is Burning Shed, a haven for aging progressive rockers. It has been a particularly good source for 5.1 High-Resolution remixes of my favourite Jethro Tull albums, (Thank you, Steve Wilson). I was recently away in Canada when an email dropped into my inbox promoting the 5.1 remix of Animals. I have written before of my enjoyment of the 5.1 remix of Dark Side of the Moon. I also own the 5.1 remix of Wish You Were Here, which should be ideal for the 5.1 treatment, but disappoints every so slightly. Both of these are SACDs.

Animals was released in January 1977. It is the tenth studio album by Pink Floyd. It was produced by the band themselves during 1976. The album features three long-form tracks: Dogs, Pigs (Three Different Ones) and Sheep, bookended by the shorter Pigs on the Wing (Parts 1 and 2).

Animals is darker than much of Pink Floyd’s earlier material and in many ways is the bridge to the darker The Wall album which followed in 1979. It received mixed reviews at release but has subsequently been recognised as deserving a place amongst the best of Floyd’s output. Tensions within the band during production led to the sacking of keyboardist Richard Wright two years later, and this album can be seen as the start of the schisms that would tear the band apart in the 1980s. The more depressive outlook and sense of alienation that Roger Waters would bring to The Wall and his later output is first seen here.

The album’s cover famously shows an inflatable pig floating between two chimneys of the Battersea Power Station, and controversially the pig broke free from its mooring ropes during filming and floated away causing alarm amongst the authorities. One suspects Pink Floyd took the view that there is no such thing as bad publicity. The new disk has a cover that pays homage to the original, but updates the image in much the same way that the recording provides a new presentation of the original.

So what does the surround sound remix add to this album? The need for surround is less obvious than with the previous two albums which create much more of a sound field that is ideally suited to the 5.1 remix. The first impression is of an immediacy and energy which connects the listener to the band. The surround mix places the rhythm section and lead vocals in the front channels — creating much more of a “rock band” sound. Again, this presages the sound created on the Wall which is much more in the straight rock genre than the progressive rock of the previous two albums. The rear channels are devoted to keyboards, occasional guitars and special effects. Ironically, the subtle use of surround sound makes for a more immediate and less ethereal sound. This is almost certainly enhanced by the remastering process, although the sound does not feel over-polished in the manner that has been a criticism of many remasterings of classic albums.

Overall, this a very 21st-century version of Animals, and whilst some will no doubt regard it heretical and return to their scratched 1977 vinyl album, I found a joyous way to re-discover a classic album from the past and a legitimate alternative presentation. Now I just to have to decide if I prefer PCM or DTS- Master Audio 5.1 mixes, or if I care…. 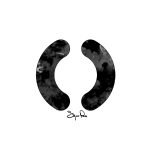 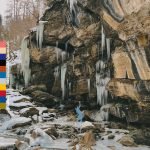