I got the chance to experiment with a different turntable recently to play my vinyl records. A friend of mine inherited a vintage Pioneer PL-71 direct drive turntable, and has asked me to sell it on EBay on her behalf. Regular readers will know my regular turntable is an Audio Technica AT-LP5, and it is part of my esoteric system. In order to test the Pioneer before selling it, I set it up in my system playing into the Auralic Polaris. The turntable arrived fitted with an Ortofon VMS20EMkII, a venerable classic of the same era as the turntable. For the nerdier readers, at that time, the best I could afford was the cheaper FF15E cartridge in my Dual CS505 Mk2.

My first impression of the Pioneer is its sheer mass. My AT turntable is no lightweight, but the Pioneer is much heavier. Both turntables are direct drive. The Pioneer is from the era before the Quartz-locked drive systems which became de rigeur for this type of turntable in the 1980s. The supplied stroboscope shows the speed is pretty stable.

Because I am unsure of the condition of the stylus I choose one of my older albums, Emerson Lake and Palmer’s Pictures At at an Exhibition, their second release recorded live at Newcastle City Hall. It’s an enjoyable album with virtuoso performances, particularly from Carl Palmer on percussion and Greg Lake on bass. I choose to listen to side B of the record. My first impressions of the sound from the Pioneer with the Ortofon are of a lively and dynamic sound. The Auralic has a very quiet phono stage, controversially converting the input signal to digital and surface noise is not an issue. It’s really impressive and I am pleasantly surprised. Having completed the second side, I then play the streamed HiRes version from Quboz. My immediate thought is that this lacks the vitality and dynamics of the vinyl version. This is quite surprising given that the Ortofon cartridge is described as having a “polite, mellow sound with a gentle handing of high-frequency content that gives it a relatively pedestrian character“. The Pioneer has a detachable headshell, so it is relatively easy to swap the cartridge out for my regular AT95 cartridge. After the arm has been rebalanced, I replay the second side of the record. I am again surprised to find that this sound is closer to the blander sound of the streamed version.

In search of the more enjoyable and dynamic sound I hear from the Pioneer with the Ortofon cartridge, I then play my local ripped copy stored on my NAS box, ripped from my own original CD copy. The brighter more dynamic sound is back. This makes me wonder about the HiRes remastering. There have been negative comments on online forums about remastered recordings of this type being overly compressed before release either as a new vinyl recording or as a high-resolution streamed digital copy.

My final alternative is the 44.1/16bit Quboz version, derived from a 2016 remaster, after my original ripped local files and vinyl LP, but pre-dating the HiRes Quboz version. To my ears, this is a halfway house, not as dynamic as the older versions, but much closer to the older recordings.

So what do I conclude? This is a very unscientific and personal experiment based around a recording acknowledged not to be the highest fidelity. It certainly shows that a quality vintage turntable is capable of creating great sound in the right circumstances. It also suggests that some of the concerns about modern HiRes remastering may be justified to my ears at least. It shows that the variations between different versions and recordings may be at least as large as the differences between streaming and vinyl. All of which is what makes this hi-fi hobby so much fun! 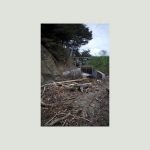 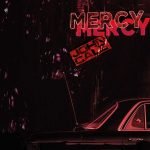